Even though the EU economy is already affected by plenty of external headwinds, there is still a meaningful number of risks that have not yet been materialized. What is yet under development and could be materialized are the US-China trade tensions, US tariffs on car imports, an economic slowdown in China and geopolitical tensions in the Middle East. In addition, the EU also faces an internal headwind with the never-ending Brexit, which could dampen the economic growth if exercised in a »disordered« form.

Additionally, trade tensions could lead to further tariff hikes which would force enterprises to reshape and diversify their global value chains in order to mitigate risk. Consequently, the global economy could become less interdependent and less integrated. A further slowdown or even a possible reversal of global value chain trade could be expected in the near future.

What about the big players? 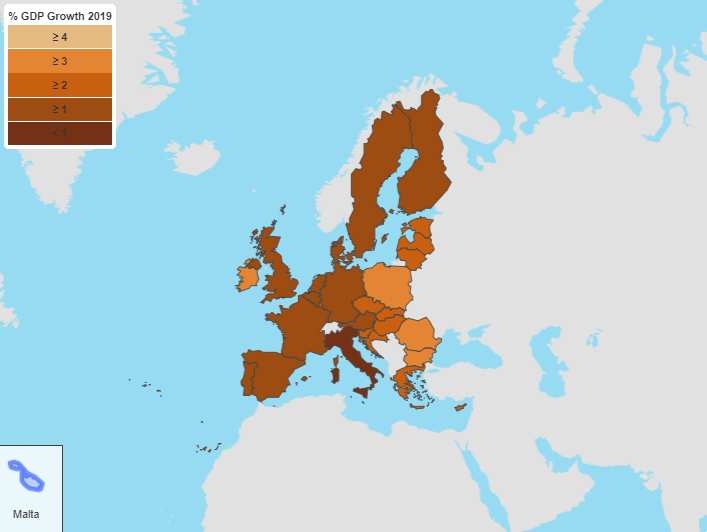 This article summary was written by Aljaž, Risk manager at Alpha Credo.